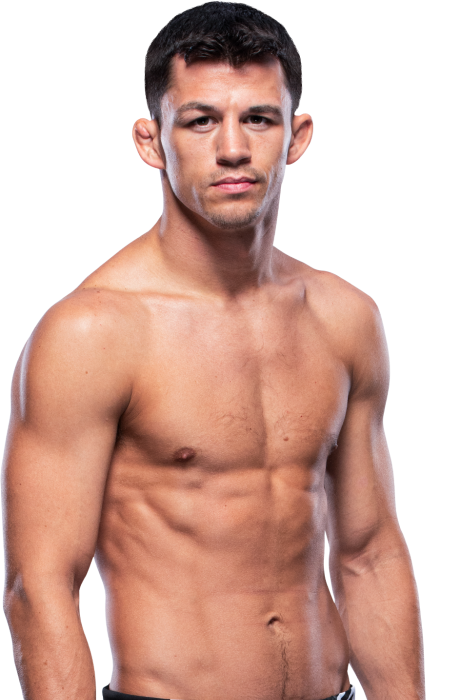 Billy Quarantillo Finishes Benitez From His Back | UFC Fight Night: Makhachev vs Moises

Billy Quarantillo Takes "No Days Off"

Quarantillo Ready For The Real Work To Start

When and why did you start training for fighting? I started training in 2010 after getting in a pretty bad street fight. I fell in love with all the different aspects of MMA.
What ranks and titles have you held? Currently #1 ranked featherweight in Florida and NY. Two amateur titles, two pro titles - Strike Off featherweight title, King of the Cage lightweight title
Do you have any heroes? No, but I have been listening to a lot of David Goggins and that dude is the man. My dad is pretty cool, too.
What does it mean for you to fight in the UFC? It means a 10-year goal is achieved and the start of my biggest goal of being a world champion.  It means a lot of hard work and time put in has finally paid off.
Did you go to college and if so what degree did you earn? Yes, I went to Niagara County Community College and got my associates degree in Business.
What was your job before you started fighting? A bunch of different jobs - a lot of serving jobs in restaurants, which I hated.
Specific accomplishments in amateur competition? Two titles, 9-2 record, 1-0 in amateur Muay Thai
Specific accomplishments in pro competition? 1-0 pro boxing record, nine main events in MMA
Ranks in any martial arts styles: Black belt in Brazilian Jiu-Jitsu
Favorite grappling technique: Triangle choke 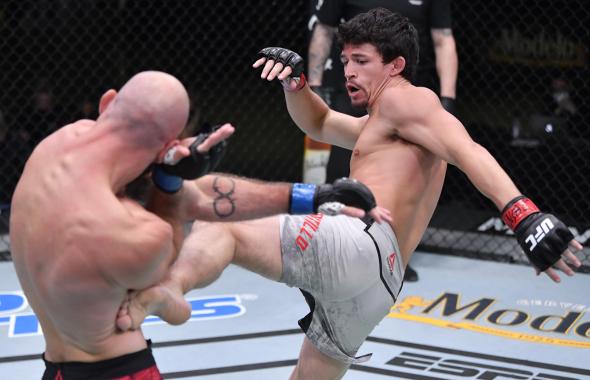