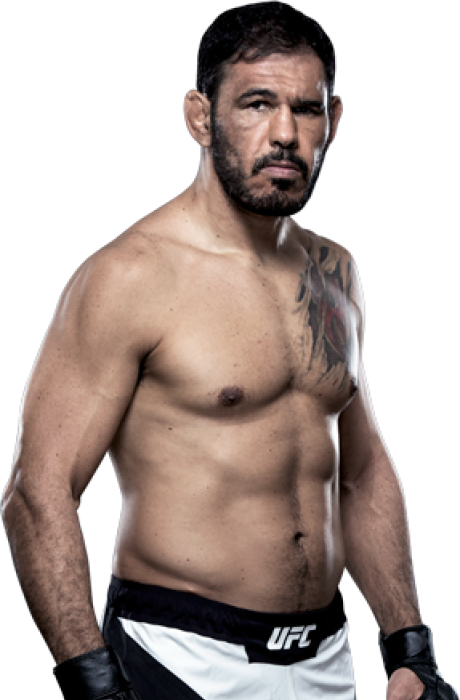 Nogueira Hopeful To Make Another Statement

UFC Minute: Inside the Rematches

When and why did you start training for fighting? At age six, I started in Judo with my brother Rodrigo.
What ranks and titles have you held? Brazilian Jiu Jitsu Champion; 2nd place Jiu Jitsu World Championship; 2nd place South American Boxing; Bronze Medal in Boxing at Pan American Games in 2007
Do you have any heroes? My brother, Rodrigo, is a very inspiring guy
What does it mean for you to fight in the UFC? I feel that now I am where all the best in the world are, so it’s a great challenge.
Did you go to college and if so what degree did you earn? I was one year away from a degree in Law.
What was your job before you started fighting? I studied and worked at a law office.
Specific accomplishments in amateur competition? Competing in boxing at the Pan Am games in Rio de Janeiro.
Specific accomplishments in pro competition? Joining the UFC
Ranks in any martial arts styles: Black Belt in Brazilian Jiu-Jitsu
Favorite grappling technique: Armlock
Favorite Striking technique: Hooks to the stomach