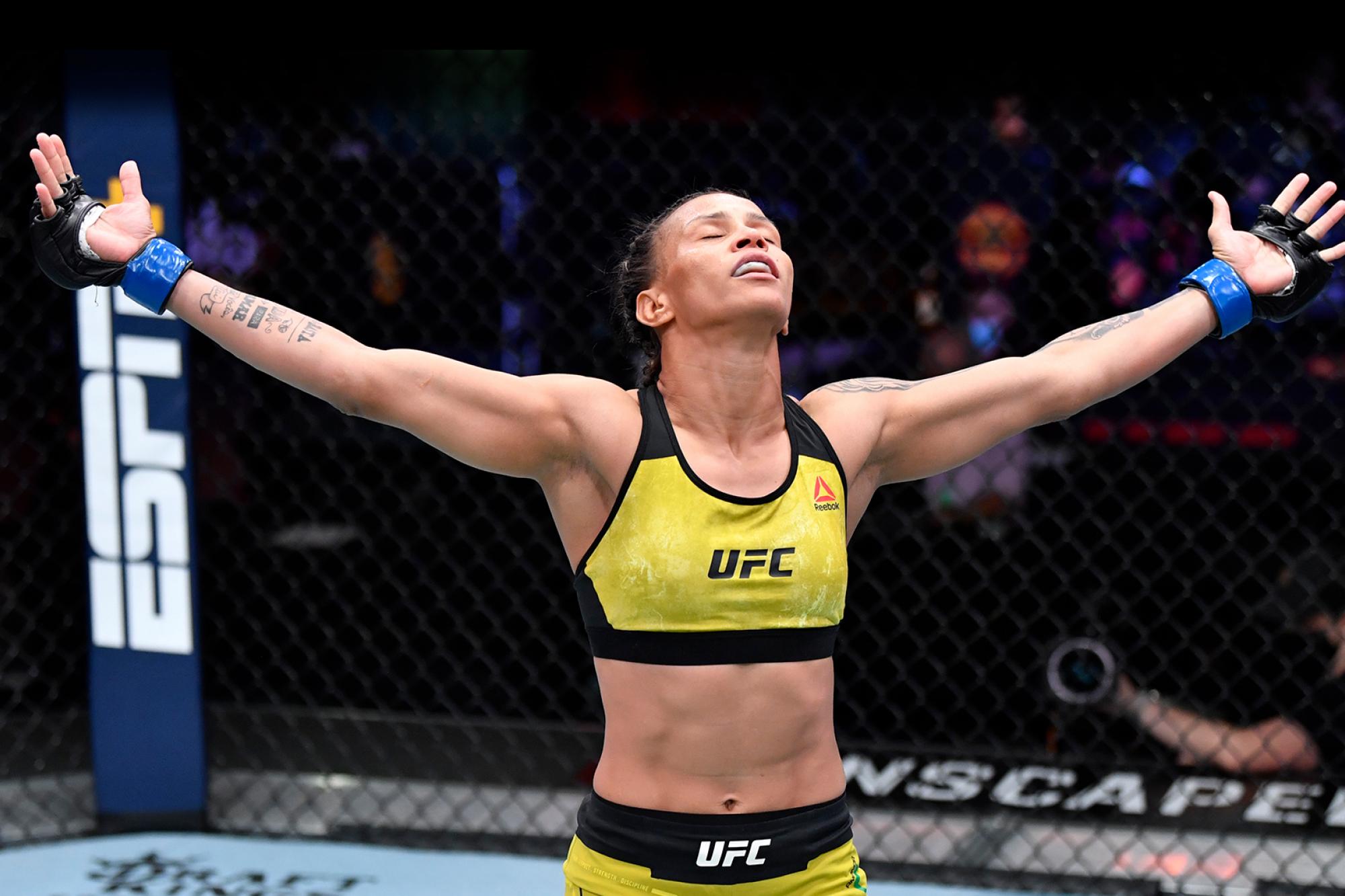 Amanda Lemos reacts with UFC.com after her first-round TKO victory over strawweight Livinha Souza at UFC 259: Blachowicz vs Adesanya on March 6, 2021. 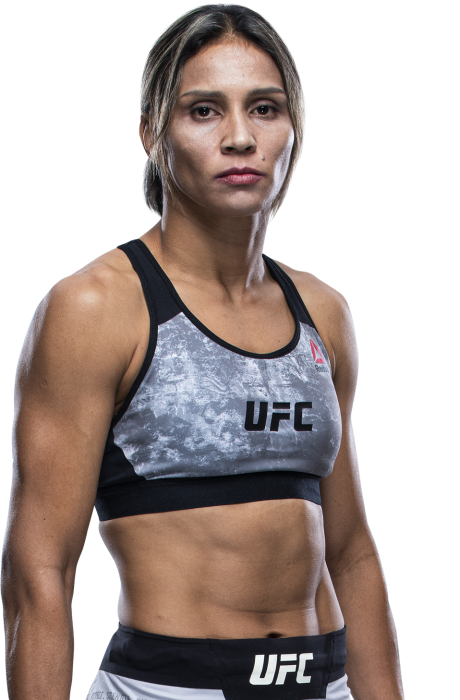 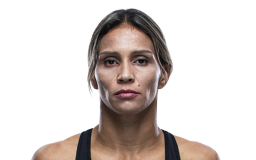 UFC on ESPN (8/22/20) Lemos won a three round unanimous decision over Mizuki
UFC Fight Night (12/21/19) Lemos submitted Miranda Granger via rear naked choke at 3:43 of the first round
UFC Fight Night (7/16/17) Lemos was stopped via strikes by Leslie Smith at 2:53 of the second round

When and why did you start training for fighting? I started to fight for fun and I liked it. I become professional and I'm an MMA athlete four years already.
What ranks and titles have you held? Champion of Jungle Fight
Do you have any heroes? Fedor, Wanderlei Silva and Iuri Marajó
What does it mean for you to fight in the UFC? It’s an important step in my career, a recognition of my work in MMA.
What was your job before you started fighting? I worked as a mototaxista

Cheer Amanda Lemos in style.
Shop for her latest apparel from the official UFC store.
Visit the store 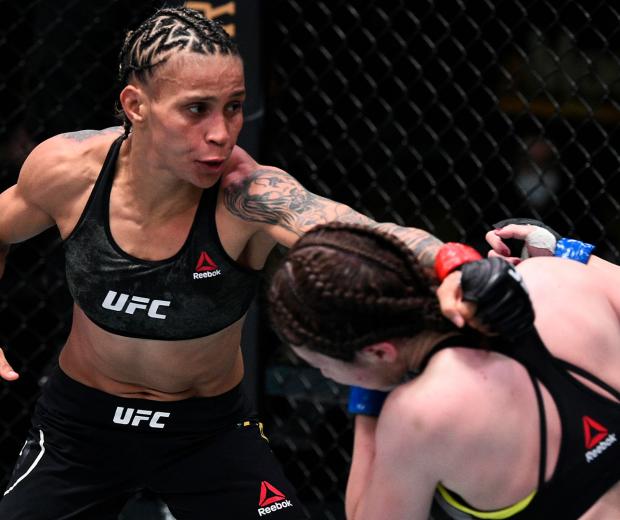