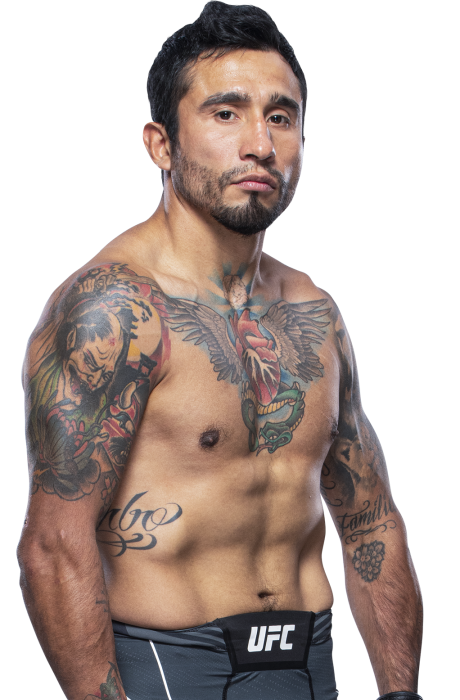 The Ultimate Fighter, LATAM
On episode ten (semifinals), Perez stopped Guido Cannetti via strikes at 1:40 of the first round
On episode three (quarterfinals), Perez won a three round unanimous decision over Fredy Serrano

When and why did you start training for fighting? When I was 13 years old, for self-defense and for fitness.
What ranks and titles have you held? TUF LATAM season one bantamweight winner
Do you have any heroes? Goku
What does it mean for you to fight in the UFC? It is a dream come true. This is a great moment in my life and I’m going to succeed.
Did you go to college and if so what degree did you earn? No, just high school
What was your job before you started fighting? Making tortillas
Specific accomplishments in pro competition? Being in the TUF final is my biggest accomplishment.
Favorite grappling technique: Rear naked choke
Favorite striking technique: Low kicks