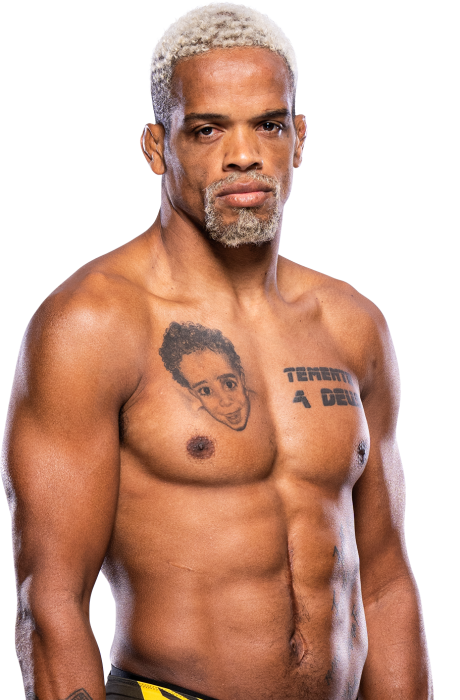 TRAINING: My training has been great, intense. I'm training with great athletes, and I’m prepared for everything.
When and why did you start training for fighting? Since I was kid. When I saw Capoeira at the college for the first time, I was crazy for that, and that was the start.
What ranks and titles have you held? Champion of Vision Fight GP - Roraima Brazil / Champion in Jungle Fight Championship 49 / Champion Bitetti Combat in Brazil
Do you have any heroes? Ronaldo Jacaré - my friend and hero
What does it mean for you to fight in the UFC? My dream came true, and my life has changed.
What was your job before you started fighting? Worked as a security guard
Specific accomplishments in amateur competition? Brazilian Jiu-jitsu Championship / JJ Amazon Championship / State JJ championship / twice champion at the Copa America Championship / NOGI Brazilian championship / King of the Beach JJ in São Paulo, Brazil / Vice Champion in NAGA Championship USA
Favorite grappling technique: Mata leão
Favorite striking technique: Fly triangle