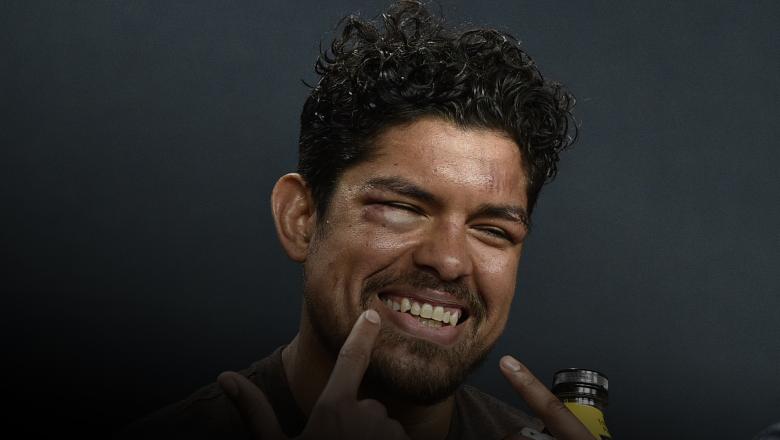 Aalon Cruz Is Living His Dream 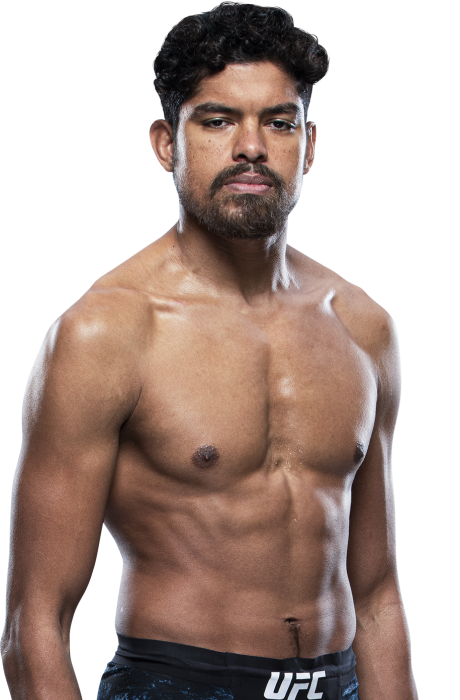 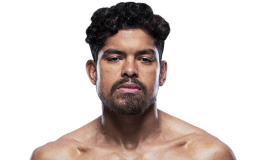 When and why did you start training for fighting? Age 16, while simultaneously wrestling in high school. It was just for fun originally.
What ranks and titles have you held? Brown belt in jiu-jitsu
Do you have any heroes? My mother.
What does it mean for you to fight in the UFC? That all of the time, sacrifice and work I’ve put in was worth it.
Did you go to college and if so what degree did you earn? College dropout
What was your job before you started fighting? I currently work at Publix supermarkets and as a dog walker
Specific accomplishments in amateur competition? I was the Florida State ISKA featherweight champion
Favorite grappling technique: Triangle choke
Favorite Striking technique: Knee to the liver 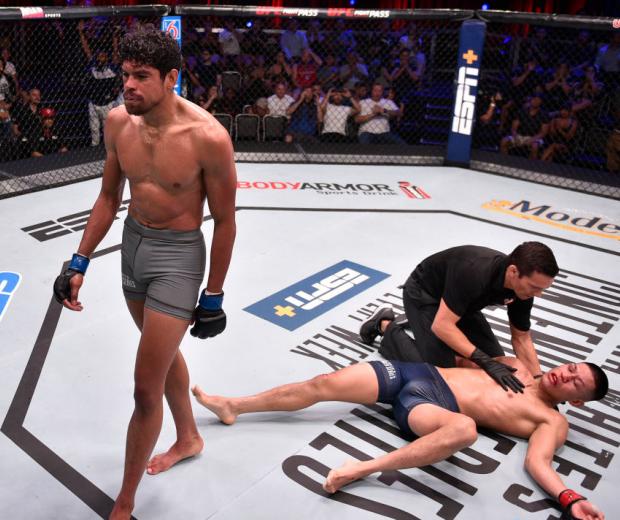